Multiple research reports find decrease in forest area in India, contrary to the government’s claim.Experts point out that government estimates include plantations which are different from natural forests and should not be included in the forest survey.Scientists reported a 15.83 percent reduction in overall forest cover in the Eastern Ghats during the last 95 years and conversion of agricultural land into scrubland, largely driven by mining, agricultural activities and urbanisation.

Natural forests across India are slowly disappearing, with some serious decline in core forest area and large protected forests, says recent research. These finding are contrary to the government’s claims of increasing forest cover.

The scientific reports are based on a mix of satellite data, ground vegetation observations and historical maps. According to their findings, the Eastern Ghats have lost 15.83% of its forest area over a span of almost 100 years, tropical montane forests continue to disappear in the Sikkim Himalayas, particularly at the lower heights and there is a noticeable decline across all forest types in India.

At least three scientific reports over the past seven months – one in Applied Geography and two in Ecological Indicators – add weight to the critics’ arguments. The three studies “very rigorously and unambiguously establish that there is significant reduction in green cover in many natural forest and habitat types of India,” said Vishwesha Guttal, assistant professor at the Centre for Ecological Sciences, Indian Institute of Science, Bengaluru.

“Of course, many have long suspected this is the case but these studies put any such doubts to rest,” Guttal told Mongabay-India.

“It is important to note that these studies are measuring green cover in natural forest areas. The government often keeps claiming that the green cover is increasing, but it is often due to plantations and not due to expansion of forest covers. Natural forest cover is an important determinant of biodiversity, ecosystem services and stability of ecosystems and the same cannot be said of plantations. That such natural forests are declining substantially, is not very surprising to many of us working in this area. Yet, it is quite alarming,” he said. 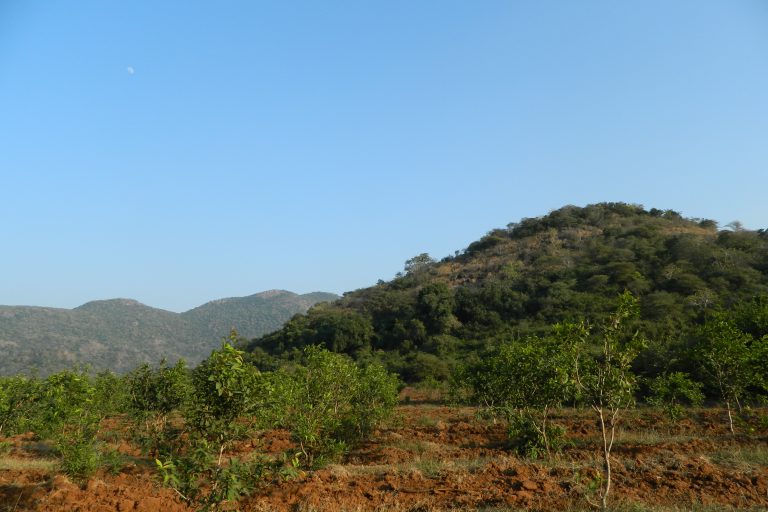 The most recent report is by a team of scientists from Ashoka Trust for Research in Ecology and the Environment (ATREE), Bengaluru; Manipal Academy of Higher Education, Manipal; and Indian Institute of Science Education and Research, Kolkata. They analysed forest transitions in the 2,206 square km patch of the Teesta River basin area in the Eastern Himalayas.

This area is a biodiversity hotspot and there is inadequate knowledge of factors driving loss of biodiversity and ecosystem functions in the area. The team used a combination of Landsat satellite data over a 23-year period and an extensive set of ground measurements of vegetation types and land use patterns.

The scientists found 16 percent primary forest loss at heights of 2200 to 2,800 metres, mostly comprising oaks and beeches. An even greater forest loss of almost a third, 30 percent, was found  at lower heights of 800 to 2,200 metres — mostly of warm broadleaf forest. Their findings, published in the March 2018 issue of Applied Geography, say “forest transition from primary to secondary forest was largely driven by land use for agroforestry and development.”

“Our research highlights that in a landscape like Sikkim with highly complex terrain, factors such as elevation and slope influence people’s decision about land use,” lead author and ATREE scientist Radhika Kanade said. “We found that natural forest in the lower elevations and more accessible areas of Sikkim are being modified and converted to other land use systems since the past two and a half decades.”

Her report added to two previous reports in Ecological Indicators, one on extensive forest loss across all forest types in India and the second on forest loss in India’s Eastern Ghats, including rare, endangered and threatened species.

They found “significant negative changes”  in the seasonal green cover, with the highest recorded in tropical moist deciduous forests, followed by tropical dry deciduous, tropical wet evergreen, tropical semi-evergreen, subtropical broad leaved and Himalayan moist temperate forests. Most of the decline occurred in core areas of the different forest types, as well as over large protected areas such as Similipal Wildlife Sanctuary of Odisha, Rajaji National Park of Uttarakhand, Achanakmar Wildlife Sanctuary of Chhattisgarh and the Sundarbans of West Bengal. Their November 2017 reports finds decrease in mangrove forests of upto 15.6 percent of its total area. 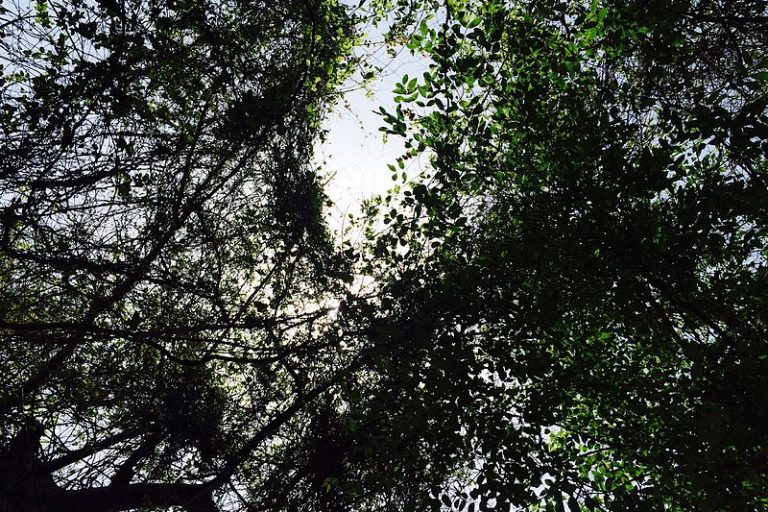 The report came close on the heels of an October 2017 report by a team of scientists from the Centre for Earth and Space Sciences, University of Hyderabad; Centre for Climate Change Research, Indian Institute of Tropical Meteorology, Pune; and School of Environmental Sciences, Jawaharlal Nehru University, New Delhi. The team studiedland use changes and forest fragmentation in the Eastern Ghats, over a period of 95 years, using historical maps and satellite from 1920 to 2015.

The scientists reported a 15.83 percent reduction in overall forest cover during the last 95 years and conversion of agricultural land into scrubland, largely driven by mining, agricultural activities and urbanisation.

The habitats of rare, endangered and threatened (RET) and endemic species were either reduced or degraded due to human activities.The habitats of RET species, in particular, “fragmented alarmingly.”

The study showed that the Eastern Ghats have lost 15.83 percent of their forest area over the study period, with an estimated 7.92 percent of forest area converted into agriculture and up to 3.80 percent into scrubland and grassland.

University of Hyderabad scientist and lead author of the Eastern Ghats study Reshma Ramachandran said that her team found that the area under scrubland was increasing, mostly because of left-out croplands or long fallows.

The fragmentation of the natural forests affects the distribution of species by splitting their habitats into several patches. This makes the habitat vulnerable, particularly for the endemic species, which have restricted distribution, she said.

Ramachandran’s team did not analyse specific species or develop inventories for RET species. “But”, she cautions, “if the degradation continues in this manner in the near future, many species are likely to disappear from the Eastern Ghats forests.”

“Since the Eastern Ghats forests are highly accessible to human beings, community-based conservation activities would make a great impact towards regeneration of forests,” suggested Ramachandran.

Many people depend on forests for livestock grazing, collection of fire wood and agriculture, she points out. Measures to improve the forest cover include planting indigenous trees in the large fallow areas left behind after cropping; implementing programmes to regenerate forests in the mining areas and sustainable use of forests, she suggested. 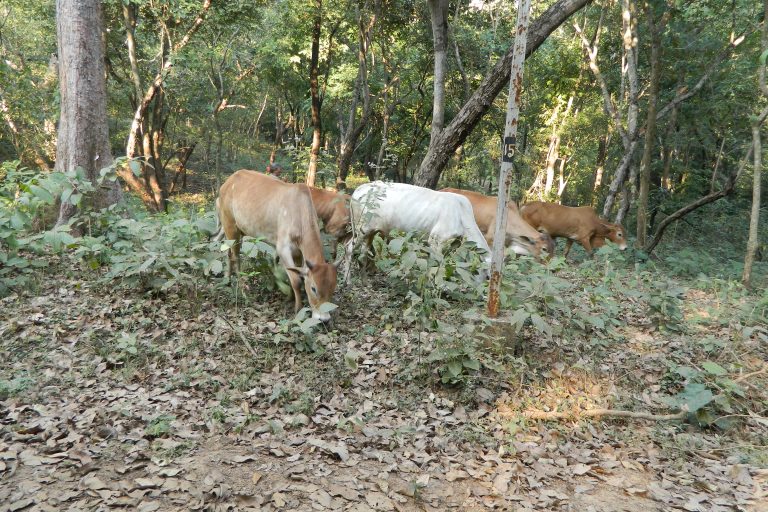 “These studies provide a strong case that we should investigate if there is a potential for large-scale irreversible changes in these ecosystems,” said Guttal. “To do so, we need to calculate metrics such as spatial variability in green cover and estimate how it is changing over time.” Any increase in the variability with a reduction in average green cover could indicate “possibility of irreversible transitions in the near future.”

Guttal added  that “there is a strong case that we should measure indicators of potential irreversible transitions in Indian forest ecosystems, which can help provide policy recommendations on how to protect them.” Also, as the studies have identified some of the causes, such as changes in land use patterns driven by mining, roads, expansion of agriculture, and agroforestry, “obviously, we need policies that protect natural areas and substantially limit their exploitation.”

“This is a socio-ecological problem and there are many who have worked on how to achieve the seemingly conflicting goals of development and protection of natural forests,” he said.

[Editor’s note: The figure on the loss of forest cover in the Eastern Ghats has been corrected to 15.83 percent from the earlier erroneously reported 40 percent. The wrong figure was from a highlighted point in the paper but was not substantiated later in the paper.]

Why Green Pledges Will Not Create the Natural Forests We Need?

By Stephen Nash, April 1, 2019 The Asian nation is a hot spot of biological diversity, but local and international conservation groups are struggling to halt what amounts to animal genocide. Despite l

BY MICHAEL TATARSKI ON 1 APRIL 2019 Mongabay Series: Global Forests At the end of 2018, Vietnam became the first country in the Asia-Pacific region to reach an important benchmark in the UN-REDD Progr