In 1998, severe flooding caused by heavy rains and exacerbated by deforestation killed more than 4,000 people in southern China. To reduce the chances of such an event happening again, China instituted ambitious reforestation policies in the hopes that planting trees would help stabilize soil and sop up deluges.

At a glance, it seems to have been a success. By 2013, China’s Grain-for-Green Program had convinced famers to plant more than 69.2 million acres of trees on what once was cropland and scrubland. By 2015, the country’s tree cover had increased by 32 percent.

But a closer look reveals that all this new tree cover isn’t actually forest, according to a recent study. It finds most reforestation efforts simply planted one tree species, making a plot of reforested land ecologically akin to a monoculture plantation.

The study, published last month in Biological Conservation, was conducted by scientists at institutions in the U.S., UK and China. They analyzed satellite imagery and interviewed 166 households that participated in Grain-for-Green between 2000 and 2015 in China’s Sichuan Province.

These interviews revealed that these households paid attention to government policies and tended to plant species that were promoted. This decision was largely based on how much money they stood to make through government incentives aimed at encouraging the planting of certain types of trees – at times even cutting down actual forest to do so. 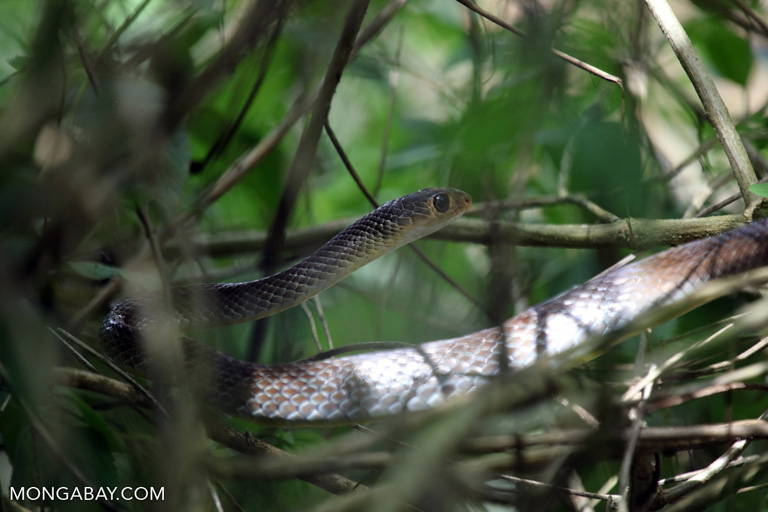 The researchers say the fault lies in the failure of these policies to differentiate monoculture tree cover from real forest.

“This creates a perverse incentive to establish tree plantations and displace native forests, which is precisely what we see here,” said Fangyuan Hua, co-lead author of the study who conducted the research as a postdoctoral researcher at Princeton and is now at the University of Cambridge.

But where the researchers see failure, they also see hope. They write that their findings indicate households tend to conform not only to government policy but also community standards. If China aims its reforestation policies at actual reforestation and forest protection while at the same time strengthening compensation incentives to landholders and engaging in “social marketing to encourage land-use decisions that will result in more biodiversity and other ecological benefits,” they say the country’s reforestation efforts could achieve a more positive impact.

“Profitability plays a significant role in all of this,” Hua, said. “It is clear from our interviews that how much money a household stands to make determines what they’ll do with their land. This really highlights the role that proper incentives can play in encouraging more environmentally friendly uses of land, like protecting and restoring native forests.”

Requests for comment sent by email to China’s government were not answered by presstime.

Banner image: A rainforest in southern China by Rhett A. Butler / Mongabay

Why Green Pledges Will Not Create the Natural Forests We Need?

By Stephen Nash, April 1, 2019 The Asian nation is a hot spot of biological diversity, but local and international conservation groups are struggling to halt what amounts to animal genocide. Despite l

BY MICHAEL TATARSKI ON 1 APRIL 2019 Mongabay Series: Global Forests At the end of 2018, Vietnam became the first country in the Asia-Pacific region to reach an important benchmark in the UN-REDD Progr